AR has the potential to see things from a hidden perspective

Augmented reality is proving to be a powerful new tool for museums to update and transform the art world. Just recently, the Museums from Paris gave full access to over 150,000 artworks for the world to use for free. Artivive used this opportunity and invited its artist community to bring these masterpieces into augmented reality. Artists were asked to break the boundaries of the traditional media, by adding a digital layer to classical works of art with the Artivive tool.

More than 300 submissions were kindly curated sound:frame, a Vienna-based platform for immersive art, connecting artists and institutions. The result was an exhibition at the Artivive Art Space in Vienna, Austria in July 2020 showcasing the 12 best submissions bridging traditional and digital art.

In this interview series, we present to you the people behind the most striking submissions. One of the selected artists is Ahmet Rüstem Ekici, an Istanbul-based visual storyteller, whose work is centered on gender roles and architectural spaces: 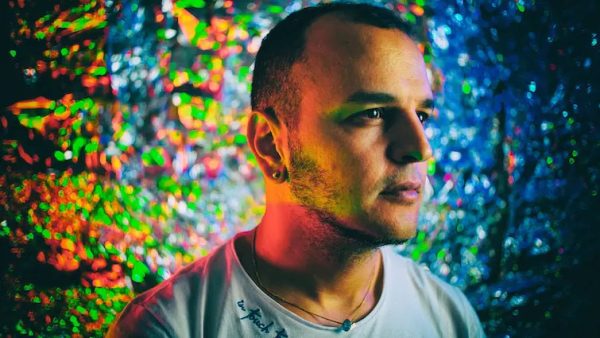 Since 2008 I have been working with new media art. As an interior designer and stage designer, I was too busy with all kinds of 3D visualization programs and 3D modeling. But in the last 5 years, I found that I was forced to be so silent about my proud existence and my LGBTI+ community. So I started to visualize my own stories using art. I mainly tell stories about relationships and forms of gender, architecture, and archaeology.

2. How did you come across Artivive?

In 2019 I was selected for American Arts Incubator Amplify in San Francisco by the U.S. Department of State’s Bureau of Educational and Cultural Affairs and ZERO1. They offered amazing workshops on new ways to create digital art. Your augmented reality application Artivive was one of them.

3. Which masterpiece from the collections did you choose and what was the concept behind your augmented reality extension?

There were many works of art in the Paris Musées collection, and it was difficult to choose the right picture from this large selection. My way of creating augmented reality art is always to find a reason why a picture moves or should move. The portrait of the journalist Octave Mirbeau by Emmanuel Gondouin immediately appealed to me because it had a lot to tell. The personality of a journalist always consists of their inner self, their public persona, and at the same time, they have a high degree of authority and power. With the sound of a typewriter I dissolve the picture and divide it into the painter’s original pieces, which were too concurrent for this idea, so I decided to let the individual parts of the portrait move freely in the painting’s own window.

4. What do you find most exciting about augmented reality art?

For me, the most exciting thing about augmented reality is that it has the potential to bypass the censorship that is so common in my country these days and provide a keyhole for the visitor to see things from a hidden perspective. In my solo exhibition “Hamam – Bathhouse”, augmented reality was used to reveal the parallel reality of what was happening in the LGBTI+ community. The Artivive app really worked as a small keyhole, so that visitors could see what was going on behind closed doors in a voyeuristic way. AR and Artivive have an amazing potential to show the beyond. We no longer stare at a photograph or a picture. Now we have the ability to reveal the story behind an existing image and the events around it. Isn’t that exciting? 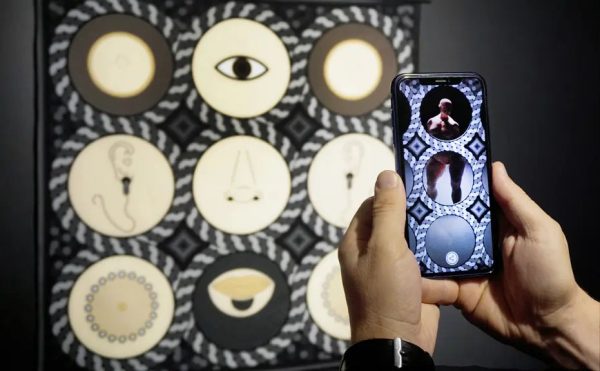 5. What are you working on now and what are your future plans?

I still continue researching and reading about gender and architectural spaces. I am planning another solo exhibition with Artivive, and I would like to go one step further in relation to the three-dimensional sense of augmented reality. At the moment my works from the “Hamam” series are exhibited in several museums and art festivals. I am still amazed to see my animations come to life on a surface without having to install LED panels or screens.

6. Any advice for those who would like to use augmented reality for their art practice?

Augmented reality will play an important role in our future, not only in art but also in industry and beyond. There are many ways to observe, experience it, and to create with it. The Artivive interface is so user-friendly, intuitive, and flexible. Moving an image is exciting, but bringing it to life in augmented reality contributes to an enhanced experience and opens up ways to better concepts. AR will continue to evolve. I am sure that with its help we will experience amazing art performances and more. Thanks to Artivive for supporting us artists with open calls, exhibitions, and more!