The digital and the augmented will increasingly merge with the analog

Station Rose is a musical/visual art duo based in Vienna, Austria. They have been working in the digital space and pushing the boundaries of art since the 80s. 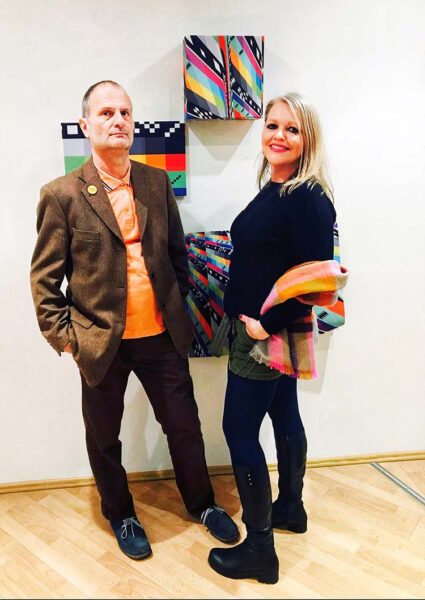 We interviewed Elisa Rose and Gary Danner, the duo behind Station Rose about all things digital art-related.

How has the digital art space changed over the years and how has this affected the way that you create art?

GD: STATION ROSE has always been interested in the dissolution and penetration of real constants, be it through VR and AR in a three-dimensional space, or changes in consciousness through immersive audiovisual installations or ecstatic performances. We have already overcome major hurdles with AR and VR, and the additional connection and reinforcement through real-time audiovisual performance on the Internet will make a huge step possible.

ER: I think a lot of major paths were forged by the early digital scene from the 90s. We were a part of it from the beginning and have experimented so much. Previous versions of social media from that time are still relevant! What is happening now, is that these paths are expanding and getting broader — like an “autobahn” compared to the country roads of the early days. But the system is still the same.

Nevertheless, we all have to be aware that the “autobahn” has been built by the mega-companies & that they own it all, which is dangerous. In this regard, Artivive is really interesting because they are a small company with a great product! The same applies to typo3 as open-source or the game engines in VR. „Cyberspace Is our Land“, an STR-slogan from the 90s, is still valid. It’s all about creating these days. Most of the original ideas can be realized much more easily & faster now. 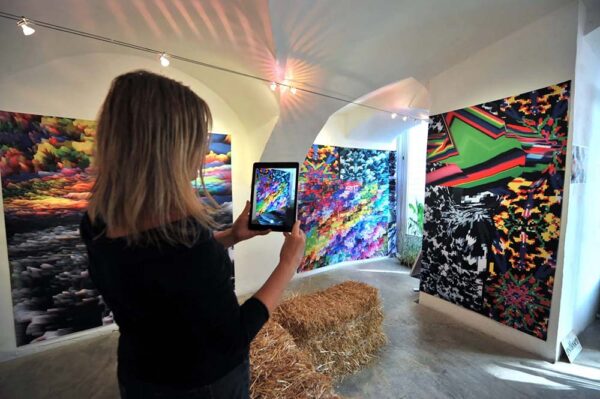 How have you found working with Artivive?

GD: Extremely nice?  Artivive is a company that is interested in art and in direct exchange with artists. Augmentation enables the recipient to immerse himself/herself in the audio-visual world of STATION ROSE in an uncomplicated and readily available manner, and Artivive is the right tool for doing this.

ER: Working with Artivive is great! The team is so aware of the fact that they have a digital product that needs artists. It is so easy to get in contact & discuss when realizing a project. It would be great if the classical art scene would be aware of that as well. Artivive is a company for the new circumstances.

What is the added value of incorporating augmented reality into your work?

ER: AR expands the 3D real world into the next dimension. There is not even a size limit. Even if the output is still only seen on mobiles or iPads, the impression is of a huge space on top of reality. What’s more, users don’t need any extra equipment. You can have AR with you wherever you go — it’s available on a mobile phone, which most people carry around with them anyway. We experiment with „AR-rooms“ every time we do a new art project. At Ars Electronica 2019, we crossed the street from the gallery this way, using something like an AR-bridge. Connect a Bluetooth box & you can see & hear it all.

GD: For me, as a musician and composer, it mainly means that the viewer has the opportunity to fully experience the audiovisual art of STATION ROSE. With AR, we can link recordings of live audiovisual concerts and studio sessions with the image that was selected as the trigger for the augmentation, and thus let the audience participate like in a live concert. Augmented Reality connects real life with cyberspace, creating another world.

How do you see the future of digital art / augmented reality in the art space?

GD: The digital and the augmented will increasingly merge with the analog. The Internet will enable interaction with the

audience, first by being there live during an audiovisual concert, then with the interaction during the composition process. VR will also be coupled with AR, i.e. the augmented reality e.g. of an image will continue in VR.

ER: The future of digital art will be immersive & so complex that we come closer & closer to this world in the process of creation. AR is a fantastic art form because it is so transportable. So AR is the transition form between the coming merger of RL, AR & VR. When VR really gets available online this will be the next step of evolution. Important here is that the financial side of this is still very diffuse. Much more money must be involved & handed over to digital artists! Budget is a very important point to be able to create and produce seriously. 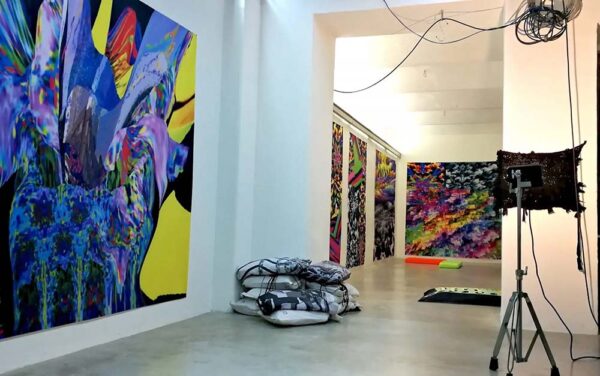 What role do you believe cultural institutions play in this movement?

GD: Cultural institutions like museums, most galleries, opera houses, concert halls, theaters, or art halls are very much used to success and have become very slow, complacent, and elitist as a result. These cultural institutions have for the most part refused to take part in the digital revolution over the last few decades, preferring to maintain the status quo. Now they are of course in distress due to the pandemic and, as their awkward attempts to jump on the digital train now show, some of them look like dinosaurs who were caught off guard by the comet. For the most part, the „ancient régime“ will very soon no longer exist as we know it.

ER: All those empty houses now — museums, art spaces, etc. — have to change their way of working. They have been way too slow. We have been talking about this change for decades now. Until recently, when “normal” tourists filled the institutions, it strengthened the lie of interest in Avantgarde art. Now, in the new COVID-19 normal, it is clearly visible that they have not put in the work. I hope that art institutions can finally see the necessity to connect with digital artists.